John J. Curry is Assistant Professor of History at the University of Nevada, Las Vegas, where he has taught courses in Islamic and world history since 2006. His most recent research has focused on Ottoman Sufi orders, and he has recently published The Transformation of Muslim Mystical Thought in the Ottoman Empire: The Rise of the Halveti Order, 1350-1650.

Erik S. Ohlander is Associate Professor of Religious Studies at Indiana University--Purdue University Fort Wayne. An historian of religion and specialist in Islamic studies, he has written widely in the areas of Islamic mysticism, Qur‚e(tm)anic studies, and Islamic intellectual history and religious movements. 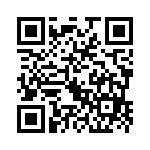