Holly Ransom is an expert in disruption and future leadership. As the founder and CEO of Emergent, she helps individuals and teams formulate the questions to find their strategy for making effective change. Named one of Australia's 100 Most Influential Women by the Australian Financial Review, Holly is also widely recognised as one of the world's top female keynote speakers. She has delivered a Peace Charter to the Dalai Lama, interviewed Barack Obama on stage, was Sir Richard Branson's nominee for Wired Magazine's 'Smart List' of Future Game Changers to watch in 2017 and was awarded the US Embassy's Eleanor Roosevelt Award for Leadership Excellence in 2019.

Having completed a Master of Public Policy at Harvard Kennedy School in 2021 as a Fulbright Scholar, Holly is also a senior fellow at the Melbourne School of Government, a founder of the award-winning Energy Disruptors global energy summit, and the youngest ever female director of an AFL club, Port Adelaide. 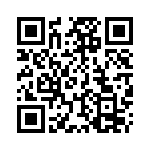