A MOSQUE IN MUNICH: Nazis, the CIA, and the Muslim Brotherhood in the West

n the wake of the news that the 9/11 hijackers had lived in Europe, journalist Ian Johnson wondered how such a radical group could sink roots into Western soil. Most accounts reached back twenty years ... Ş—«¡… «· ŞÌÌ„ »√ş„·Â 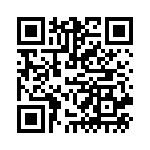