Ralph Mathisen is Professor of History at the University of Illinois at Urbana–Champaign. 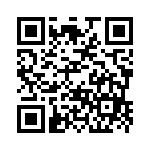