Thea S. Thorsen is Postdoctoral Fellow in the Department of History and Classical Studies at the Norwegian University of Science and Technology. She is the author of Ovid's Early Poetry: From His Single Heroides to his Remedia Amoris (forthcoming) and editor of two volumes based on conferences which she initiated and co-organized: Greek and Roman Games in the Computer Age (2012) and Sappho at Rome: Receptions from Lucretius to Martial (with Stephen J. Harrison, forthcoming). She has published numerous articles on Greek and Roman poetry and prose, in Norwegian and in English, and she became the first person to have published translations of all of Ovid's love elegies into Norwegian verse (2001ñ9). 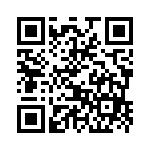