«Š’›Õ… 474
Finally , anathema was pronounced against the eleven items of his doctrine and against the heretic himself.288 As not all the works of Italus are published , it is impossible to form a fixed opinion about him and his doctrine .
«Š’›Õ… 560
... also , perhaps , as a political leader , and finally as the supporter of the Despots in their conflicts with the highest ecclesiastical authority , the patriarch , who was backed by the rival Emperor of Nicaea .
«Š’›Õ… 683
... ď the middle Ē ( oi pťcoi ) , to whom belonged merchants , manufacturers , rich craftsmen , small landowners and professional men ; and , finally , ( 3 ) the populace ó the small farmers , small craftsmen , sailors , and workers . 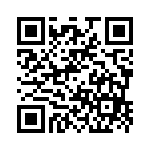