Other editions - View all

Dr. Ishtiaq Hossain is currently Associate Professor in the Department of Political Science at the International Islamic University Malaysia (IIUM), Kuala Lumpur, where he teaches mainstream courses in the discipline of Political Science. He was educated in Bangladesh, Canada and Singapore. He has been at the IIUM since March 2002 prior to which he was with the Department of Political Science at the National University of Singapore (NUS). He served as Visiting Professor in the Department of Politics, University of Waikato, Hamilton, New Zealand, and the Elliot School of International Affairs, George Washington University, Washington, DC, USA. Author of more than 60 articles, book chapters, book reviews and review articles, published in peer-reviewed international journals, and books, Dr. Ishtiaq in January 1992 served as a consultant on a research project on the Gulf War by the Centre for National Security Studies, Los Alamos National Laboratory, New Mexico, USA. While with the NUS he also taught a course on International Relations at the Singapore Institute of Management (SIM).In February 2001, Dr. Ishtiaq was awarded a long-service award for his services to the SIM. In 1985 he was awarded a prize by the Bangladesh Universities Grants Commission for outstanding publication and research. Dr. Ishtiaq’s areas of expertise and interests are in international relations, governance and comparative politics with special reference to South Asia, Southeast Asia and the Middle East. Having lived in Singapore from 1984 to 2002 and having

visited Thailand and Malaysia extensively, Dr. Ishtiaq also has a thorough knowledge about the politics and governance systems of Southeast Asia. He is a frequent commentator on current issues on international broadcasting and print media. Dr. Ishtiaq has been married to his wife, Salina, since 1979, and has two children, Mahmood and Shaiara.

Dr. Mohsen Moh’d Saleh has been serving as the General Manager of al-Zaytouna Centre for Studies and Consultations in Beirut, Lebanon since 2004. He is an Associate Professor of Modern and Contemporary Arab History. His precise field of specialisation is Palestine Studies. He obtained his Ph.D. in 1993. He was the Executive Manager of Middle East Studies Centre in Amman, Jordan, 1993-1994. He served as a lecturer in the Department of History and Civilization at the International Islamic University Malaysia (IIUM), 1994-2004. Dr. Mohsen was given the Bait al-Maqdis (Jerusalem) award for Young Muslims Scholars in 1997, provided by the Islamic Research Academy in the UK. He was also awarded Excellent Teaching Award (College level), given by IIUM in 2002.

Dr. Mohsen is the author of 10 books and some of his books have been translated into several languages. He contributed chapters to 7 books. He is the editor/co-editor of 15 books. He is the editor of the prestigious annual The Palestinian Strategic Report. Dr. Mohsen is the editor of electronic daily Palestine Today, which has so far published more than 1,400 issues. He has published many articles in referred scholarly journals and magazines. He has presented papers at innumerable academic conferences and seminars. He is a frequent commentator on current issues on broadcasting media. Dr. Mohsen is married with one child. 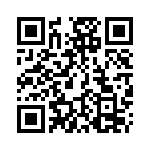