Mohsen Saleh is an Associate Professor of Modern and Contemporary Arab History, the general manager of al-Zaytouna Centre for Studies and Consultations since 2004, former head of Department of History and Civilization at the International Islamic University Malaysia (IIUM), and former executive manager of Middle East Studies Centre in Amman. He was granted the Bait al-Maqdis (Jerusalem) award for Young Muslims Scholars in 1997 and the Excellent Teaching Award (College level), given by IIUM in 2002. He has edited or co-edited more than 30 books. 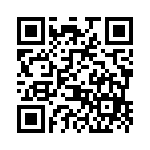